Dear friends, first, READ THIS ARTICLE above. Yes, it’s biased. So is the news on the television. Nothing on CNN will tell you why Haiti is poor, and this infuriates me. You will have to do your own research if you’re going to learn anything. Take your television out to the driveway, and smash it. If you ACTUALLY care about the Haitian people, rather than just enjoying images of their destruction on television, then you’ll learn about their history, and the United States’ complicity in their oppression and exploitation. The news media will do nothing but continue this exploitation by using graphic images to gain viewers and ad revenue. [I want to refrain from such pornographic use of images of poverty. The photograph below is of Haitians protesting against the cost of living, on April 7, 2008 in Port-au-Prince.]

Think I’m being negative or pessimistic? Wake up. We live in a capitalist-consumer society, where wealth and profit is worshiped. The news media (and the corporations that own it) have no interest in teaching you ANYTHING that would make you live differently, worship something else besides consumerism, or stop worshiping yourself. The truth is this: We do not and cannot live innocent lives, without responsibility to the poor, exploited, and marginalized. To attempt an attitude of removed neutrality or faux sympathy, you are complicit in the oppression of the world’s socially impoverished people.

Oh dear. This was a lot worse than I even thought it was going to be, when I saw it on Jezebel.com. The comments are just as good as the articles on Jezebel, so take note. Remember, something doesn’t have to be “intentionally” racist to be racist. Racism is part of our society’s reigning ideologies. What’s interesting for me is that this isn’t an ad for the United States, but I find playing off of a lot of racist stereotypes present in the South.

At the end of the movie…. (drum up the suspense music)…..a bunch of white people survive! Congratulations humankind! All the billionaires and heads of state were able to get in some huge metal submarines and survive the destruction of the planet!

Why this made me angry: Almost none of the people who survived were the “heroes” of the film, if there really were any. There are about two or three people who showed integrity in the movie who made it onto the ships. One is white-guy John Cusak, who has to sneak on board, and another is young-black-guy Chiwetel Ejiofor, who works for the white house and has a crush on the daughter of the president (who’s played by Danny Glover—–that is, the president is played by Danny Glover, not the daughter).

And where are the survivors going when the dust clears? AFRICA! The satellite images say that some mountain range in Africa is now the highest place on earth, and the continent may never have been underwater! And of course, I’m sure they’ll be welcomed with open arms and parades of showers, because there’s nothing that the people of Africa love more than white people showing up in boats.

I hope the residents of Africa load up the cannons that are still on the coastal slave castles and blow those big metal boats to pieces.

And last but not least, the final line in the movie 2012 is about how John Cusack’s daughter no longer needs diapers. Well, we in the audience couldn’t be more proud! But you know what? That line kinda’ represented the whole movie for me, since it was a big pile of crap.

Of course, the question must be asked, “Why did you go see the movie, Brad? It says ‘We Were Warned’ right on the poster!” Well, I just wanted to see the world blow up, since us humans seem so obsessed with the idea. I didn’t think watching the end of the world would be so excruciatingly mind-numbing….. 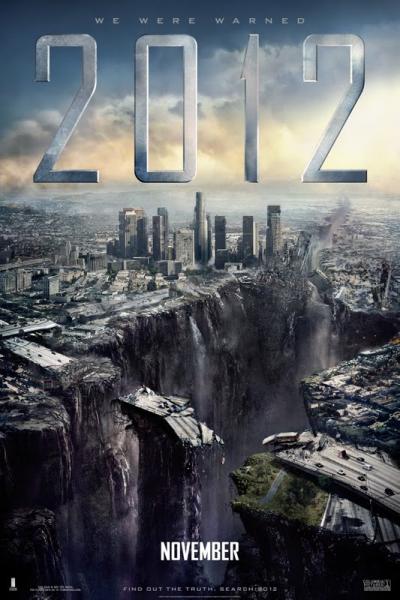 Read this very short article on SF Gate about Limbaugh latests rants about how white people are suffering under Obama.

The lesson for us all today: The fear-mongers want to deny that there is any white racism against African-Americans today. Without laws on the books that prevent African-Americans from succeeding, the whites can claim innocence! To Limbaugh, the only racism that exists today is REVERSE racism, when a black kid beats up on a white kid! (As if school bus fights, interracial or not, were somehow a recent phenomenon.)

I must note: My friend Robert (who I wish would post his comments ON my blog itself) has wondered if everything has to do with race. It would seem that I harp on the issue too much, or that I read too much into things (like Joe Wilson’s rude outburst during a Presidential address). To this, I’d like to make a big claim: Every context in the Americas in a racial context. Race(s) have been constructed at every stage of the colonization of the Americas. These constructions play a part in every social space and in our internal understandings of ourselves. Race and racism have been in the Americas since the first European began invading. Such concepts do not easily disappear. In fact, they play in the background or foreground of all our interactions and understandings.

Friends, I hope you’ll read this article and consider the truth that racism is alive and well in white Southern congressmen who don’t want to accept an educated black man as a president. They sure can’t find it in themselves to respect him.

My favorite remark by Dowd: “For two centuries, the South has feared a takeover by blacks or the feds. In Obama, they have both.” 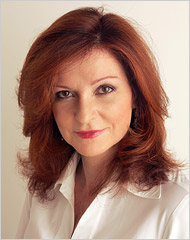 Brad's words (and more than words!)
Blog at WordPress.com.